In most German winegrowing areas, a very relaxed 2016 harvest is drawing to a close. At the time of writing, in few regions picking is still underway for the late-ripening varieties such as Riesling and Spaetburgunder (Pinot Noir). Some estates are even hoping for an icewine.

German winegrowers are on the whole extremely satisfied with the quality of the crop, the German Wine Institute (DWI) has announced. Thanks to fully ripened and very healthy berries, wine lovers can look forward to a vintage of fruit-driven white wines and excellent colour in the reds.

Germany´s harvest is turning out far better than previously anticipated, owing in part to the moderate rainfall in the past few weeks. Latest crop estimates expect an average yield nationwide of 9 million hectoliters – albeit with very large fluctuations between regions and individual estates depending on the extent to which the vineyards were affected by the damp spring weather.

This year´s extreme weather conditions have resulted, in part, in considerably lower yields in many European countries. At this stage, the EU Commission anticipates a total harvest volume across Europe of approx. 166 million hectoliters. This would correspond to a drop of four per cent versus last year´s totals and of one percent compared with the five-year average. 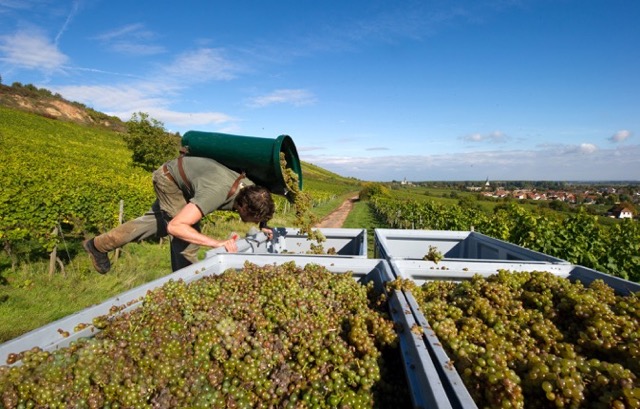